Well, turns out Nintendo is having a hard time maintaining its amazing Nintendo Switch sales momentum we have seen in 2017 and most of 2018 so Nintendo is looking at ways to give it a push. Globally Nintendo has sold 17.8 million units in 2017 which is very impressive and Nintendo last year announced they had predicted they will sell 20 million units in 2018. As of June 30 Nintendo Announced, they have sold 19.67 units and as of now, I am sure they have reached 20 million consoles sales which met their predictions last year.

When I read this in an article on NintendoLife.com I was confused myself, the Nintendo Switch sales are struggling but they’ve sold more units than last year and met their quota so how is Nintendo having a hard time maintaining their amazing Switch sales momentum? Nintendo is back at it with their predictions and this time from April 2018 to March 2018 they have set a goal of 20 million more consoles but in the last three months, the Nintendo Switch has only sold 1.88 million units. Of course, this has led Nintendo to look for ways to boost switch sales and there has been one announcement so far that might get people’s speculations flowing.

Yes in attempts to boost sales Nintendo has announced there will be a New Nintendo Switch released in 2019 according to the Wall Street Journal but my question is How could they possibly make the Nintendo Switch Better? This new addition to Nintendo hybrid system is still being thrown around at Nintendo headquarters but there is one idea being thrown around and most would assume this would be an upgrade which is a new screen. The screen is said to be on par with some of your high-end smartphones which would increase the brightness while being more energy efficient and thinner making it easier to break but harder for diyers to replace!

There are most definitely things Nintendo Needs to fix with the Nintendo Switch and with a new Nintendo Switch there is an option to make the switch even better! There is also plenty of things that Nintendo can do wrong here and we all know sometimes Nintendo will take a great concept and move it in the wrong direction. One thing I don’t want to see is a Nintendo Switch XL, there is no need for a bigger Nintendo Switch and I’m sure I’m not the only gamer who agrees with this statement but we could maybe use a small version of the console.

Well, everything is speculation and there is nothing official except for a new improved screen. However, if you just sit here and think about it what would make the switch better and what have been the complaints about the Nintendo Switch since its launch back in 2017? First would be the onboard memory storage or lack thereof because there is literally none and you need a micro sd memory card to save. Onboard storage should be new for the Nintendo switch in 2019 and maybe there could be two different models with different storage sizes.

Now maybe we are not looking for a bigger version of the switch but if XL stands for a bigger screen while still keeping its current length and width then I’m on board. One of the biggest complaints was the performance not being on par with the competition but most of us were ok because it was a hybrid system that kept you in the game on the go. However, there have been talks of Nvidia working on a more powerful graphics chip for the switch and while Nintendo is at it more ram and maybe even a new processor.

Final Verdicts On The New Switch

The only thing official here is we are getting a new switch but the question still remains what upgrades are the new Nintendo Switch going to get, when will Nintendo finally start to showcase or divulge what they are working on. It definitely is for sure a bigger brighter screen would be nice, more powerful hardware and maybe even internal storage but that’s alone won’t sell new units. Before I bring my thoughts to an end, I like to know what you think or want to see on the New Nintendo Switch? If your not currently a switch owner what will convince you to purchase a Nintendo Switch in 2019? If you are what will push you to make the upgrade or are you satisfied with your current switch?

O yea by the way Nintendo Where is our Nintendo 64 Classic? 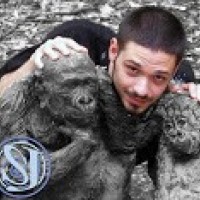 I’m still on the WII so even the current Switch would be an upgrade for me. Sadly, now that you’ve let me know a new one is around the corner, I guess I can wait a little longer.

I guess, just like any other product, the actual specs are just speculation until the company officially announces them.  I’d love to see something a bit more powerful in the next iteration.

Yes it is the waiting game!

Can’t wait to see what the new Nintendo Switch has to offer… For me the question will eventually be, is it worth the upgrade?

Sounds like they have arrived at the same level as the new iphone X (changes to physical qualities but not the user experience). It would be pretty awesome if they added the capability to load up the switch to a VR headset, that way you can game with the remotes and feel like you are living the game. If it already does this, I guess I need to go out and purchase one since, I have to admit, I have fallen behind the times with the new day job :). Just my two cents but seems like the Switch would be the perfect platform for introducing a VR compatible game system.

Sorry for the long delay Josh, I thought I reply to this comment and for some reason, the reply didn’t stick. Honestly, it would be pretty cool to get a VR headset hooked to the switch especially to play that Mario Kart Vr game I have seen talked about on the internet! I’m sure sometime in the future we might see a real attempt at a Virtual Boy by Nintendo… Only time will tell!

I have to admit that I had no idea Nintendo was still a thing. I guess as I naturally manured at one point I just assumed that they’re no longer around. No idea why that was, but I absolutely loved them back in the day. So much so that in my early years I downloaded an emulator on my system and played it some. Was insane amount of fun.

From a spectator’s view of point it might have looked extremely odd as the unnecessary parts of the screen got blacked out and I was playing something of rather low quality graphics, nonetheless as I said I didn’t care and I totally enjoyed it.

Overall I really happy their still around, I might get one for myself. I bet the games are pretty insane now. Would you say that it’s the best portable console, Sai? In terms of available games, gaming experience, battery life?

I totally concur to the fact that it’s so awesome that they seek ways to improve not only their marketing, but also the user and gaming experience. And in that I hope that the Nintendo Switch will be as good as it possibly can be.

Keep us updated as to when it comes out, Sai!

Cheers and have a Great One!Matiss

Nintendo has always had the portable market corner with the DS, with the specs and the fact that Nintendo Switch is the only new portable system on the markwt, yes it’s the most powerful!

There are a lot of really good consoles games such as Doom, Wolfenstein and Skyrim that is just impressive to play on a handheld. Now granted the graphics are far better on the PS4 and Xbox one but they still look amazing. Let’s not forget you can play those games docked and continue gaming on the go!

It’s a great system and as I always say it’s what the WIi should have been.

HOW TO GET THE REDRAGON ORPHEUS FOR FREE!